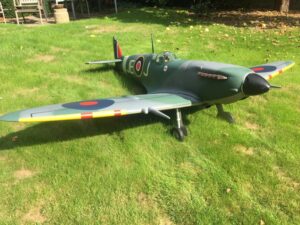 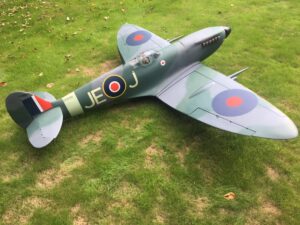 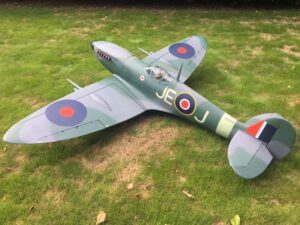 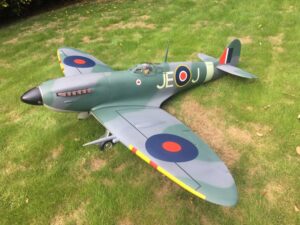 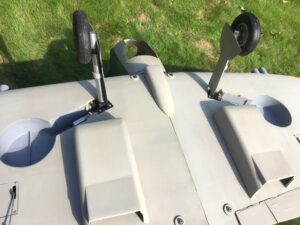 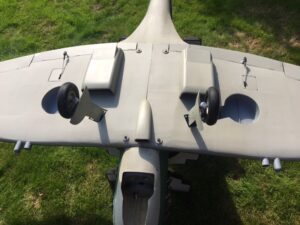 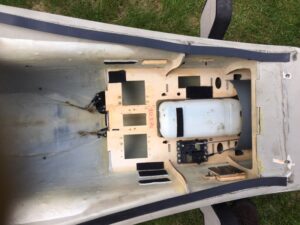 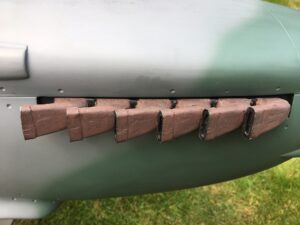 This is for the airframe only. No engine. The airframe includes two removable cannons, removable aerial and scale exhausts

I did have a DLE 55 RA up front, but this is now being used in another model. The wings are not permanently joined and can be separated so you don’t need a huge car to transport it.

A set of the superb ESM electric retracts with the electric control unit that enables a staggered operation and variable speed depending on voltage.

Two Futaba servos for throttle and choke and the fuel tank, with correct fittings for petrol operation.

One wing was damaged as a result of one of my desperately poor landings, but I have repaired it to a high standard and I would now say that it’s probably stronger than the other wing.