A Message From Your Chairman – August 2022

May I say on behalf of the club committee a big thank you to all who attended our party this last weekend helping us all celebrate our rather special club’s 50th anniversary. In actual fact, it’s almost been 53 years, but Covid had rather disrupted our plans. The morning started with our usual boot fare and although the numbers were down on previous years, probably due to the extremely hot weather, there were still a fair number of models and bits of equipment changing hands. Quite a lot of money appeared to have changed hands as well. (I know of one deal for £500 for example).

As you can imagine setting the whole thing up for Saturday night had been quite a challenge. Quite frankly it wasn’t made any easier with the effect of the aforementioned hot weather, it unfortunately also affected the numbers attending and I received a number of apologies from people who said it was just too hot to attend. Still, 70 guests and visitors were in attendance for the party on Saturday evening and a good time was had by all. We also had some professional fireworks generously donated which had been planned for the evening but, given the current fire risk, we felt that a firework display shouldn’t go ahead.

The conditions later on in the evening were perfect for our party and as I write these notes on Monday, it’s pouring with rain. It would certainly have made things rather less pleasant if it had rained on the night! We did however take the precaution of erecting three large marquees loaned to us by MWM models, therefore, providing additional shelter from the sun or in the event of rain.

I opened the evening with a short speech to welcome everyone and gave a potted the history of the club. I then handed it over to Gregg Veasey who surprised his dad John with his 80th birthday surprise gift.
So happy birthday John.
There was plenty of food including burgers, sausages, hot dogs, chicken drumsticks, bacon, fried onions, sweetcorn and lots of prepared salads, so, no one was left feeling hungry. Soft drinks were also on hand and were definitely needed due to the high temperature.

Many of those attending decided to do a spot of night flying when the conditions were just perfect. It was rather nice watching the night flying and listening to the music simultaneously.

The next morning, bacon and sausage rolls were served, plus fresh melon and pineapple to set us up for the day.
The main event was our annual scale fly-in. Again, the numbers were down due to it being so hot, nevertheless, there were still some great models and pilots in attendance. Prizes were donated by Rapid RC and TJD models.

Congratulations must go to the following prize winners for their superb models and flying.

The weekend was a great success, but it couldn’t have happened without a great deal of effort from the committee and help from several of our members, not forgetting the sponsorship we received from BMFA London area.
So, I would like to offer my special thanks to those who helped bring it all together. We really can’t thank you enough and if you attended, I hope that you enjoyed it.
Here’s to the next 50 years and see you on the patch.

There are many more photos of the weekend along with Bob’s speech on our Facebook page and the BMFC website under news.

Diary dates.
Tuesday the 13th of September.
The last club night & BBQ to be held at the field for this year.

The venue & dates for the AGM are changing.
After Pedham Place being used for the last few years. We are returning to the Olympic at Beechenlea Lane Swanley BR8 8DR for the pre-AGM and AGM.
Once the dates have been finalised, members will be informed by email. 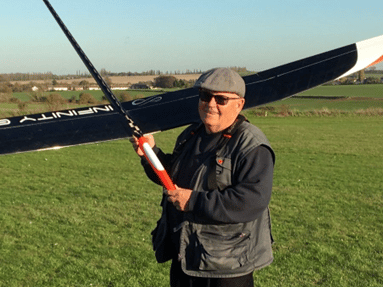