Some more photos from Sunday’s event. Many thanks to the various contributors, some of whom are quite young but already very handy with a camera.

Interested to hear if anyone at the field around 16:30 today witnessed a low flying aircraft? If so, please email the committee via the normal email address. Many thanks.

Congratulations to the nineteen pilots that fought the wet stuff to take part in the BMFA Centenary World Record attempt. We had a mixture of aircraft including drones, traditional fixed wing, and even a Lidl free-flight glider. I will be sending all the supporting evidence off in due course to the BMFA portal. A few […]

Hi all, A quick update on this Sunday’s BMFA record attempt: Please arrive no later than 11:00 as we need to get specific photos of all participants for verification. If you need longer to setup, please allow for this. Everyone needs to be photographed, charged/fueled and ready to go by 11:30 absolute latest. If you […]

We are somewhat low on wood for the incinerator. If anyone has any going spare, please could it be left at the top of the car park near the container unit. Many thanks.

First Boot Sale of the Year

A reasonable turnout on Saturday for the boot sale. Things were sold, tales were told, and tea was drunk. The weather was a bit better than the forecast I’d seen and so there was plenty of flying later on too. I couldn’t stay for the Warbirds on Sunday but will update as I can..

Steve Mansell brought his scratch built Sopwith Baby to the field yesterday. As usual the model was built to a superb standard by Steve. Steve took the controls for the first test flight. You may observe Steve’s comment in one of the videos when he said “it wants to turn to the left” a short […] 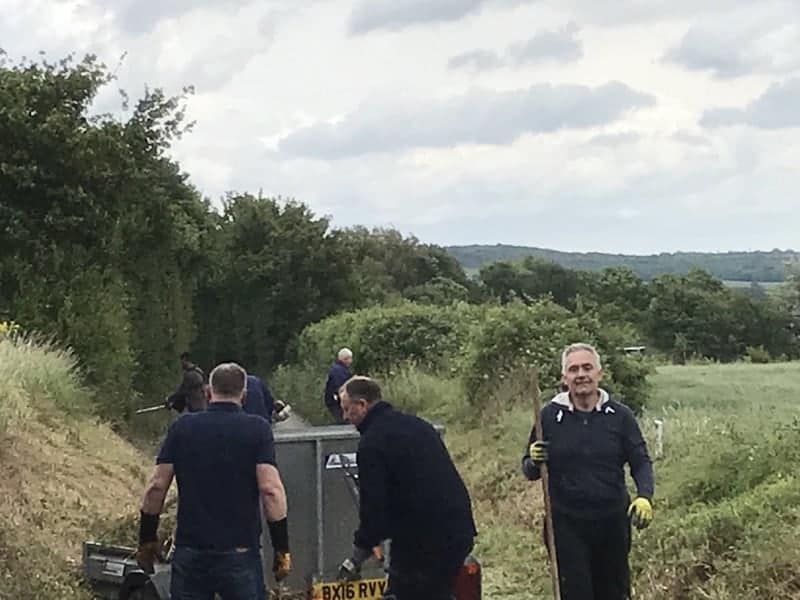 The current container unit at the field needs clearing out and some repair work undertaken. This is being done next Saturday (19th) and help will be needed. We intend to do this even if the weather is poor so bring gloves and a coat and hat.

Hi Bill ,it is with great sadness that I have to report the passing of Peter Hewish just before Christmas. He was a long-term member of the club but unfortunately, due to illness, had not been able to carry out much model-making in recent years. His widow was clearing out the garage where all his […]