I Trust that everyone is taking advantage of the warm sunny weather to visit the field, if not, why not? We all complain when we have a typical British Summer, i.e. cold, wet and windy, so if you are not already doing so, I would suggest that you get up to the field and get some flying in.

This has to have been one of the hottest weekend events we’ve ever held at the field. Temperatures in the 30s made the ice cream and cold drinks very popular. I believe the Poppy caravan ran out of the stuff. There was a really good turnout of models for the weekend, I was personally surprised how many people stayed until late in the afternoon and braved the intense heat. It was also good to see some old faces return to the club. Danny Wenham and Ali Newman to name just two.
Saturday was nominated a training day and William Simpson Passed his fixed wing B certificate after some practice. Others gained useful experience in preparation to take a test.

On Saturday evening until midnight and all day on Sunday the farmer was harvesting the rape seed all around the field. So now at least models that land off the patch will be easier to find.
Sunday dawned with the continued hot dry weather. So, being out on the patch was very wearing. Sunshades were needed and the Club shelter offered welcome shade from the intense sunshine.
Brian Horsefell prepared a superb BBQ and spread of food which was free to all.

A light hearted competition was arranged by Avicraft’s Robert Newman who also paid for the BBQ and to the BMFA who financed the prizes.
Our thanks go to the BMFA and Avicraft for their support to the club. 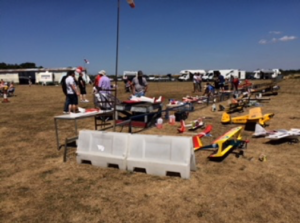 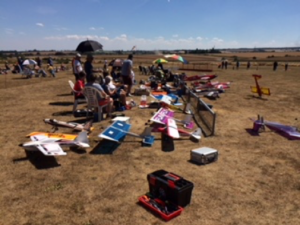 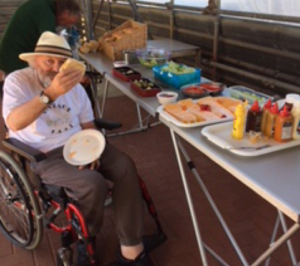 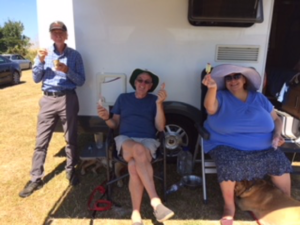 If you visit the field, you will notice that whilst most of the crop in the surrounding fields has been harvested, a lot of stubble remains which is still flammable. An email will be sent out when Jet flying can be resumed.

Attention new members! have you done your induction?

Did you join the club at the beginning of this year? If so, don’t forget that you need to do your induction at the field by a committee member before you are able to fly. Believe it or not, there are still 8 members that haven’t. It’s an induction, not a test, so you can’t fail.

We are in the process of organising the cutting of the perimeter hedges, so you will be less likely to injure yourselves when retrieving models that have landed / crashed outside the field. You will be updated by email when this is likely to happen.

Dates for your diary.

Let’s hope our good fortune with the weather holds out, it will be a fantastic day if it does.

The last club meeting of the year at the field.

July’s meeting was probably the best ever attended, let’s try to at least match it in August.

Your chance to influence what goes on in the club. The committee take it as a compliment that such a relatively low percentage of the membership turn up at these evenings. It obviously means that we are doing a fantastic job. Having said that, it would be nice to see a few more of you attend. If you don’t usually bother, come along and socialise with your club mates and let us hear your views. You never know, you may enjoy it.