Request for help with work party next Tuesday. 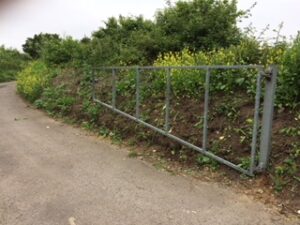 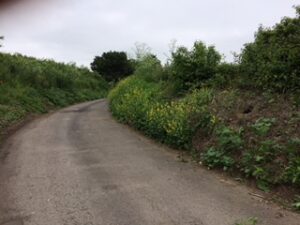 Message from the weed Master General AKA Bob Ryan.

I was down the field for a while today. On the way in I stopped at the middle gate and decided to try pulling out some of the large yellow weeds. To my surprise they came out  quite easily and after about half an hour I had cleared an area about 20 feet each side of the gate. It would have been easier if I had brought my gardening gloves.
Last year I sprayed these with weed killer but I still had to pull out the dead plants later.
I am thinking that if we have a work party we could probably clear the lot in a couple of hours. (With gardening gloves).
How about a couple of hours before the club night next Tuesday?

The plan if you can help, is to start about 4pm. I have contacted Alan who does the grass cutting about bringing the trailer to collect the stuff that is pulled out, which should help considerably with clearing up.
If you can come all you need to bring is a pair of gloves and maybe a rake to work up an appetite for a burger later in the evening.