Steve Mansell brought his scratch built Sopwith Baby to the field yesterday. As usual the model was built to a superb standard by Steve. Steve took the controls for the first test flight. You may observe Steve’s comment in one of the videos when he said “it wants to turn to the left” a short while after he asked me “give it some left trim”. He actually wanted the other left. Once that was sorted Steve tested its stall characteristics (unintentionally) and the model recovered really well. Steve then landed the model safely to applause from those watching. Brilliant. He just needed a quick fag to calm his nerves. An hour or so later, Steve asked me to fly the model for him so he could watch it. A privilege for me and a delight for Steve. 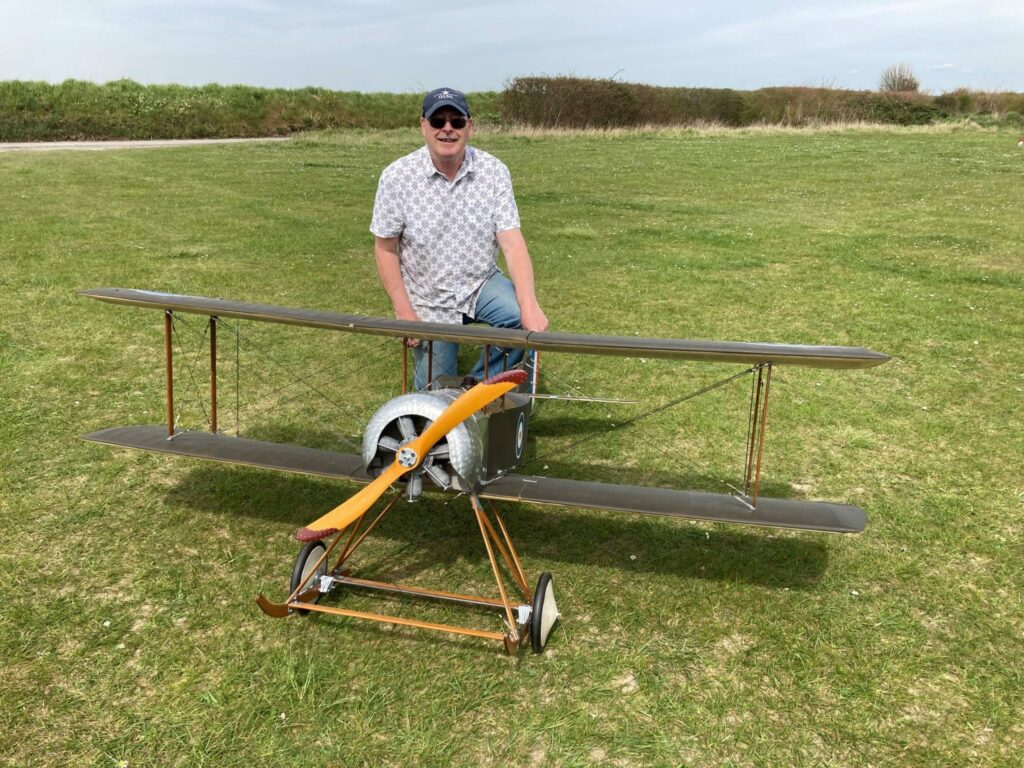