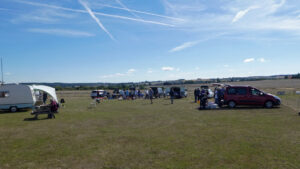 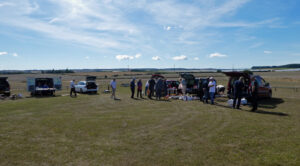 Once again this was a great success with a good number of non club members selling.

We sold a number of models that had belonged to a Roger Balmer who was a member some years ago These raised £165 for club funds.We were contacted earlier in the year by his son who said that his father had passed away some years ago and asked if we would like to collect and sell the models for club funds.

Jamie Privett brought along his Zero fun fighter not to sell, but to fly and I could not resist taking a photo. 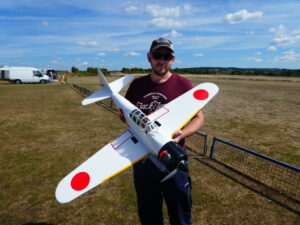