Sign your renewal form on your phone or tablet 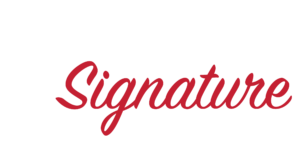 This morning I was  discussion with a member about the difficulties of not having a printer and their renewal form. He said that he could not locate the original email so I sent his form again.

He said he would pass it on to someone else to print so he could sign it and then photo it with his phone to send back to me. However within minutes of my sending it i received an email with the signed form attached.

He rang back to explain that he had discovered he could sign the pdf I had sent on his tablet, save it and send it back. Now i’m sure that the member concerned would not be insulted if I said he was not an IT expert and if he could do it so could most.

He paid by BACS so the whole thing from receipt of the form (Albeit for the second time) took less than 5 minutes before I got it back.

I had not realised it was so easy to do this, but recommend that you check out the procedure for the tablet or phone that you have and do it that way in future, as its super quick and saves the cost of a stamp and envelope.